Sam’s House Lebanon was built in the Bekaa valley using a large tent structure with access to the Refugee camp.  Due to the political issues in Lebanon there are no official Refugee camps for the Syrian’s, so they have no legal status and are considered as temporarily displaced people (tdp).  Many of the Syrian children had to flee their homes in the middle of the night during attacks on their village, the stories that the children remember are heartbreaking.  When traumatic events like this occur arrestment of healthy development can take place.

Donna was able to provide training to three women on the ground and the Listening Stone programme was implemented.   We had 60 Syrian children aged 2.5 – 5 years old and there was both morning and afternoon sessions with a snack time.  During the sessions which were themed to provide psyco – social support, children learnt songs, played games, did arts and crafts and free play.  We worked with a local NGO on the ground who were empowering the local community and we were able to support the women who ran the sessions with a wage so that they could support and feed their own children.

This project has come to an end, and we want to thank everyone who supported these children over the three years, it has allowed so many children to explore, express and unlock their trauma allowing them to develop into healthy adulthood.  The Children had a fabulous graduation, and were delighted with their hats. 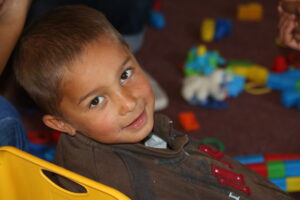 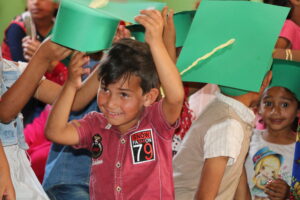 We trained 12 social workers in India in Nov 2019 through the organisation SP Srinivasan Educational Society SPSES).  Unfortunately as they started the community based listening stone programme in the tribal villages, Covid19 hit India.  The effects have been devastating, through your help £1,500 was raised for emergency food distribution which was implemented through SPSES. 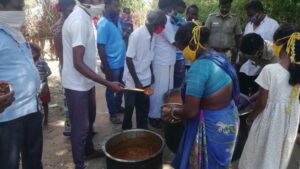 Sam’s House Afghanistan was set up to support children living in a children’s home in the centre of Kabul.  Sams House was created by using a small mud and brick house with access to a large garden.  The children had previously had no access to toys or art equipment, and rarely ventured out of the house where they were living in.  Many of the children had lost parents and had seen loved ones killed when bombs had hit their homes and many were disabled.  Over the time Sam’s House was running we saw a significant change in the children.  Some of the children became a lot more energetic and would bounce to their hearts content on the trampoline and race around the yard, and others would prefer the calm of our sensory area with bubble tubes and tactile toys.  Others could suddenly paint circles and do things they had previously struggled to do.  It was wonderful to see the children respond to play and arts and crafts in such a positive way.  We had to unfortunately close Sam’s House due to the increased security threat, however another charity have been able to continue to support the children in their home and many are now able to access the local school. 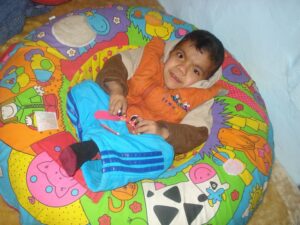 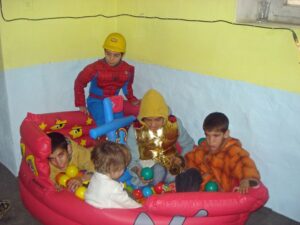 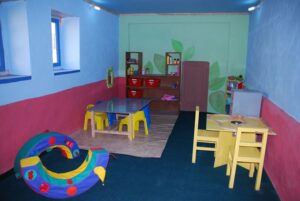 The school provides education for some of the poor Christian children in this area.

Floc helped provide uniforms and books and salaries for the teachers, many of the children are now in school and so are now less vulnerable, and have a hope and a future.

We supported the Living stones Water project that helped provide clean water to residents in the Okara region.

This project has helped to bring fresh water to the Muslim and Christian communities in Okara; not only has it helped bring fresh clean water, but it also helped build stronger relationships between the two communities. There had been on-going tensions between the communities and it was hoped the project would bring more peace and goodwill to the region, this is what happened.

We are currently fundraising for a new project in Iraq working with children in a refugee camp.  They have suffered significantly due to the war, help us to help heal their trauma.  Your support could change lives.

For the Love of a Child is a Scottish Christian faith based charity and was founded in 2010 by Tom and Donna Jennings following the tragic death of their little boy Samuel.

Sam died suddenly at just five years old from heart failure whilst happily playing at a fruit farm. This tragedy was the catalyst for Tom and Donna to look for ways to bring hope and love into the lives of children and families who have also suffered with trauma and loss.