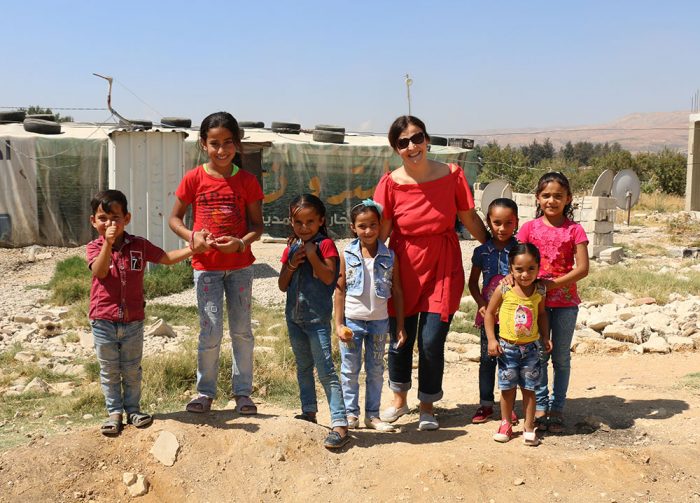 Sam’s House Little Friendly Space in Lebanon offers a safe, therapeutic play space for Syrian Refugee children to explore and process some of the trauma that they have experienced from fleeing the war in Syria.

Due to the political issues in Lebanon there is no official Refugee camps for the Syrian’s.  Many have no legal refugee status and are considered as temporarily displaced people (tdp).

Refugees in the Bekaa rent a piece of land or container in exchange for work these are known as tent settlements.  The costs are quite high for what is often overcrowded and a temporary structure, often just a timber frame with canvas or plastic laid upon it.  Many of the children living in these tents have very little or no access to education with very little prospects.  Younger children also have no safe spaces to play as there is no child care so mothers also can’t work or learn new skills to support their families.  This is why a Sam’s house project is so crucial.

Our projects and programs are developed with an emphasis on the emotional and mental health and well-being of children and their families and our current focus is Sam’s House little friendly space in Lebanon.

We are in the early stages of developing the Big Heart Dundee project in Scotland which will be a multi-purpose venue that will offer a safe, therapeutic, creative and reflective space for children and their families who have suffered with loss and bereavement.

We saw many patients, but one morning we did a clinic at your project Little friendly Space. We were truly moved by what you are doing there, and the women we met. The testimonies were so hard to hear. I had brought 2 young female doctors there and they had such a life changing experience. 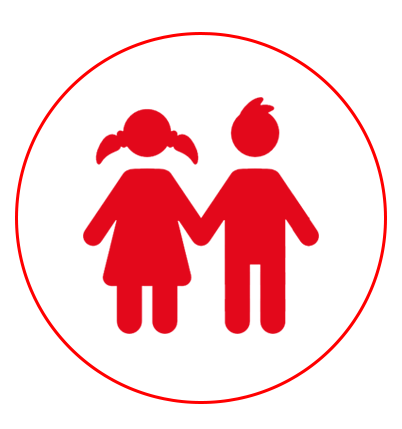 Pamela McDowell Medical team for Open Doors that visited the Sam’s House project
“On my last trip I was very Lucky to visit Sam’s House -LFS in Lebanon in the Bekaa Valley. Sam’s House is giving hope to so many refugee’s whose lives have been torn apart by the conflict. For The Love of a Child is doing some fantastic work with the most vulnerable little children”.

Stephin Gethins Local MP and a member of the foreign affairs committee
Mother of 2 girls that are attending Sam’s house Naima* is from Aleppo, Syria. is happy to see her children grow in a safe environment and wishes all of her children could get an education in order to mature and know how to face difficulties in life. This place is close to her tent which is why she can bring them walking here. Naima’s hope is for this project to continue on behalf of the good of the children of her community.